Do you want better quality code? 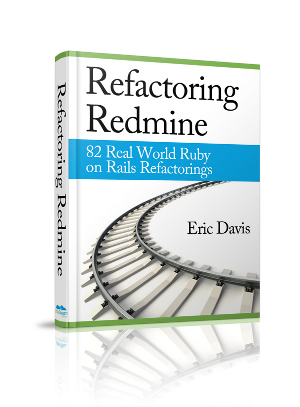 Changing code is scary. With the wrong move, everything can break. But how do you adapt it to changes?

Refactoring is supposed to help, but how do you know where to start?

You can write the best code in the world, but it will often change because of:

The one thing that remains constant with software is change.

Are you afraid of refactoring?

Redmine has controllers with over 400 lines of code and direct SQL queries.

But I don't have any tests!

Redmine barely has a 82% test coverage and a 1:0.7 code to test ratio. There are major parts that don't even have a test.

Yet I was still able to perform dozens of refactorings on Redmine. There is no reason you can't use refactoring to clean up your application.

Confused when your peers talk about refactoring?

Have you ever heard other programmers talk about refactoring but didn't understand? Or you don't know the difference between a Pull Up Method and Move Method?

First: great product. I love the "refactoring is a skill" angle and can't wait to see your sales pitch for this ebook.
-- Etienne Segonzac

Do you want better quality code?

Want to recognize potential refactorings in your own code?

Refactoring isn't magical, just for the cool kids, or out of reach.

Refactoring is a skill that can be learned just like any other. It also takes a lot of practice and learning to do it well.

Refactoring Redmine is a compilation of 82 different refactorings that I've done to Redmine during 2010. These are real world refactorings, done to real production code used on thousands of sites every day. No made up or fake examples in here, just the real stuff. 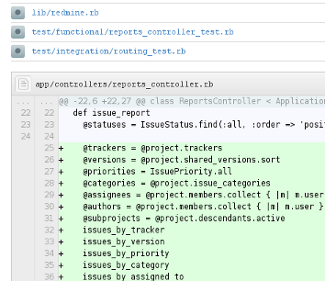 Each refactoring includes a link to the full refactoring online on Github where you can view the diff and see all of the other changes in the tests, routing, and views.

Redmine is open source, so you can even download the full source code to try out the refactoring on your own.

See the Before and After of every code change 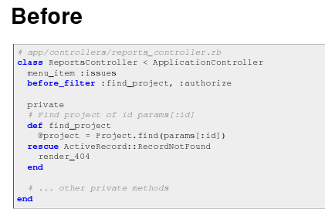 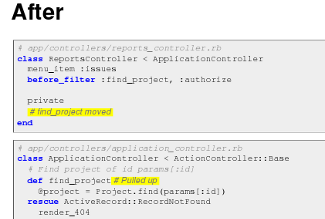 Each refactoring includes both the before and after code so you can compare the changes side by side with the major changes highlighted. 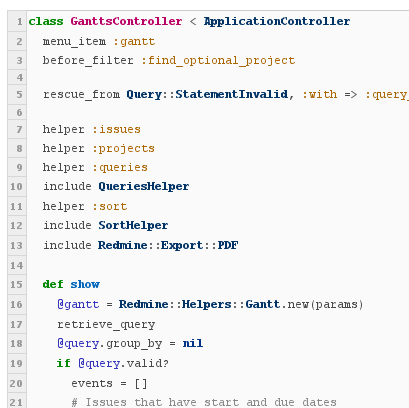 Learn which refactorings are the most useful

(and which should be left in your toolbox)

Do you really want to memorize all 93 refactoring methods, when all you need are a handful? How about two methods?

In the 82 refactorings, I only had to use 15 different refactoring methods. But over 56% of the refactorings came from two methods.

✕
↑
Would you like a daily tip about Shopify?