Do you have that feeling that you have to constantly keep improving your Shopify store?

No, not that lovin' feelin'.

You know. That drive and need to make things better.

Whatever that 'thing' happens to be today.

If you do, that's a great feeling.

That means you have what it takes to improve your store.

(And if you don't have that drive but still want to improve things, that's okay too)

Every weekday I send out a free Shopify tip for store owners like yourself.

Each tip is a bite-sized piece of advice on Shopify or ecommerce that you can use to improve your store.

Most can be read within a couple of minutes. A few are only a handful of sentences. Now and then you'll get an epic resource that you'll want to bookmark for larger projects.

The tips cover a lot of topics for Shopify and ecommerce:

The majority of the tips and advice come from other store owners who have asked me specific questions. These aren't made-up topics to suit some content strategy, but rather real issues and concerns other stores have had.

That also means by subscribing you too can ask me some questions which could become answered in future tips. 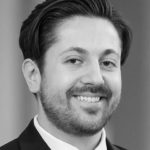 I ruthlessly unsubscribe from almost all newsletters. Eric’s one of a select few that I look actually forward to opening because it has proven itself consistently valuable for Shopify merchants.

— Kurt Elster, Ecommerce Strategist, founder of Ethercycle, and a top Shopify Plus Expert.

One thing to consider:

You'll get 5 tips per week and even if you're only able to implement one in your store each week, you'll still have 52 improvements over the course of the year. Every year.

How do you think your store will be after making 52 improvements?

And heck, if you find time to do every tip... that's 260 improvements per year. Just think what that can do for your business.

Would you like to get a daily tip about Shopify?

Sign up for Eric's Daily Shopify Tips to get my daily email with a tip for Shopify every morning.

Plus you'll get free access to my Premium Resource Center for free.

Join 4,400+ other Shopify store owners and sign up before the next tip is sent.

Success! Now check your email to confirm your subscription. 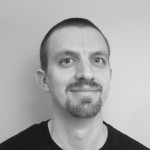 ✕
↑
Would you like a daily tip about Shopify?